Feedstocks that have a high level of sugar or starch ferment more quickly than those with more lignin or cellulose. The more straw in the feedstock the greater the amount of lignin and cellulose. With the grain able to produce more than 80% of the biogas, using only the grain gives a high-value feedstock complement to silages.

Crimping is a system that enables you to harvest and preserve grain when it is at its most digestible, to realise its full energy potential.

Freshly harvested grain is processed through a crimping machine to break the outer husk and expose the carbohydrate and/or protein.

CrimpSafe 300, a proven preservative, is applied while crimping and the resultant feedstock is sealed in a clamp, in the same way as maize or wholecrop silage, to allow the fermentation process to take place. It is ready to use in three weeks.

Crimped grain treated with CrimpSafe 300 before being sealed in the clamp.

Crimped maize or rye gives you the option you need to manipulate your feedstock according to your needs.

With at least 80% of the biogas produced from the grain, it gives you much more flexibility when used alongside silages, especially around retention times.

Why Use Crimped Maize Grain?

Crimped maize can overcome these problems and is especially useful when the maize crop has long passed the foraging stage. By harvesting the grain for crimping, the energy value of the crop can still be capitalised on.

Why Use Crimped Rye Grain?

As rye approaches this level of maturity, a switch to crimping from whole-cropping should be considered.

CrimpSafe 300-treated rye has been proven to be higher yielding than using dry grain, not just because fresh-weight yield per hectare is higher but dry matter yield is higher too. This is because the grain is harvested in better condition, before any disease or shrivelling, thus avoiding grain losses.

CrimpSafe 300 is a non-corrosive preservative which will prevent heating and loss of energy value caused by undesirable microbial populations of yeasts and moulds in high moisture cereals.

“For our anaerobic digester it’s all about getting the highest possible gas yield from our crops and we’ve opted to use CrimpSafe-treated grain as part of our feedstock as we believe it’s the most cost-effective in terms of gas yield per hectare on land that is some distance from the farm. By leaving the straw on the field we are not bringing in the part of the crop with lower gas value but returning it as organic matter to the soil as well as benefiting from a longer retention period in the digester.”

CrimpSafe 300 is the ideal preservative for crimped maize or hybrid rye when managing feedstocks for the optimum digester performance, helping to achieve increased biogas yields.

With the high energy value and high biogas potential of grain, it is important to preserve it correctly. CrimpSafe 300 is the only answer.

“Our customers tend to take delivery of full lorry-loads of crimped maize which may need to last them outside the clamp for a week to 10 days. They report that the crimp keeps really well and stays cold – right down to the dregs at the end, so I have no hesitation in preserving rye in the same way.”

The Golden Rules of Crimping Grains

Crimped grain can be stored in a conventional clamp or in a plastic tube.

When crimping grains make sure to follow these Golden Rules:

An alternative to clamping the crimped grain is to store it in plastic tubes: 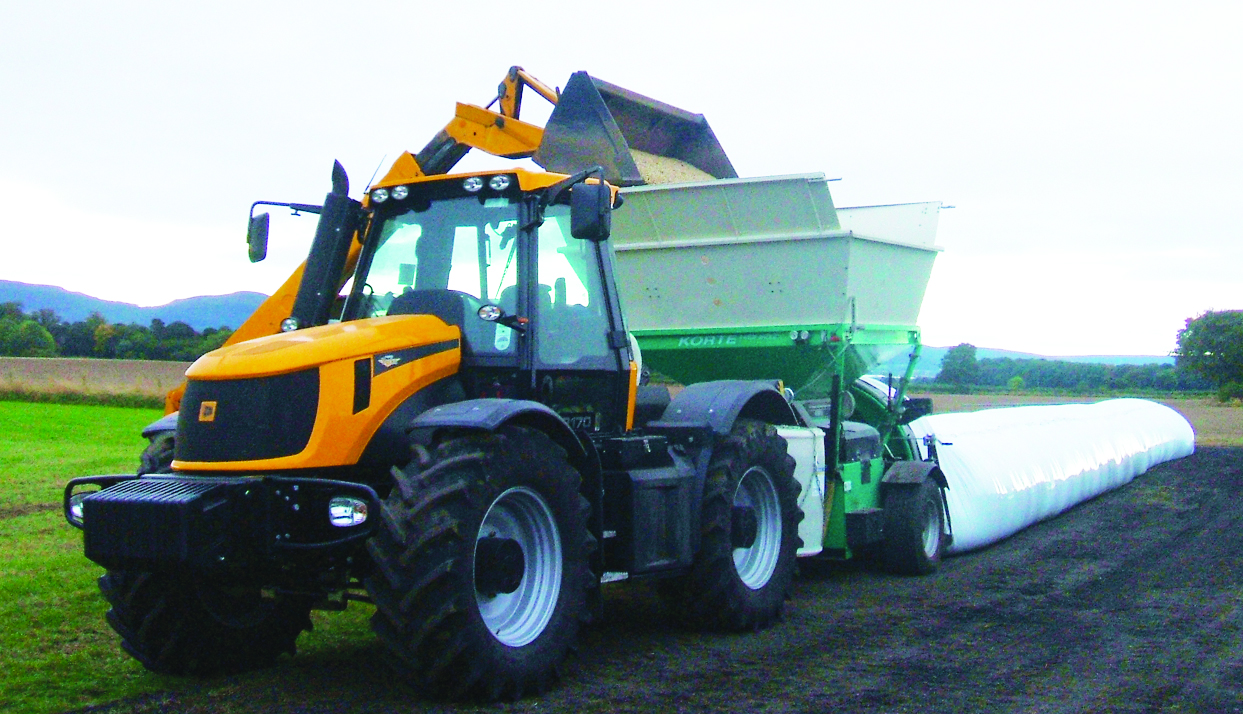 For more detailed advice on the crimping process and the storage of crimped grains please contact us.