The proven gold standard in forage preservation for optimum returns.

Safesil, unlike biological inoculants, eradicates unwanted bacteria, yeasts and moulds that are present in large numbers when the crop is harvested. A blend of food grade preservatives, Safesil ensures a fast fermentation and unparalleled aerobic stability when used as part of a complete ensiling programme – preventing heating for in excess of 10 days – all part of keeping dry matter losses to a minimum. No inoculant can compare with this level of performance.

For an AD plant to reach its full potential the feedstock has to be at its optimum. To achieve this, dry matter losses need to be kept to a minimum.

Used on all forages and over a wide range of dry matter, Safesil will help reduce losses from your ensiled feedstock to a minimum, preserving its energy value for the digester.

Dry matter losses not only reduce the energy value of the feedstock but also increase the ratio of non-digestible to digestible material available. This will have a negative effective on performance in the digester.

As an example, fermentation losses of just 10% in forage with a digestibility value of 75% will result in a change in the ratio from 3:1 to 2:1 – a change from one quarter to a third of the dry matter now being non-digestible. 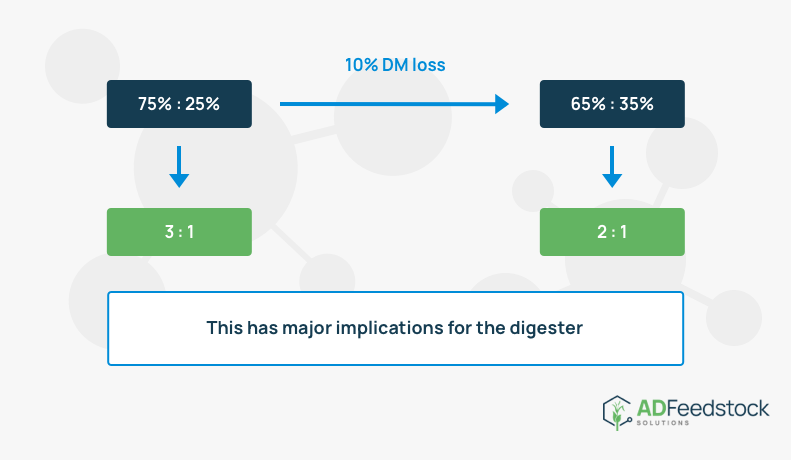 The effect on the energy value of the feedstock can be seen below – and this is for only a 10% loss in 1,000 tonnes of silage. Multiply this up to show the value you could be losing in your clamps. 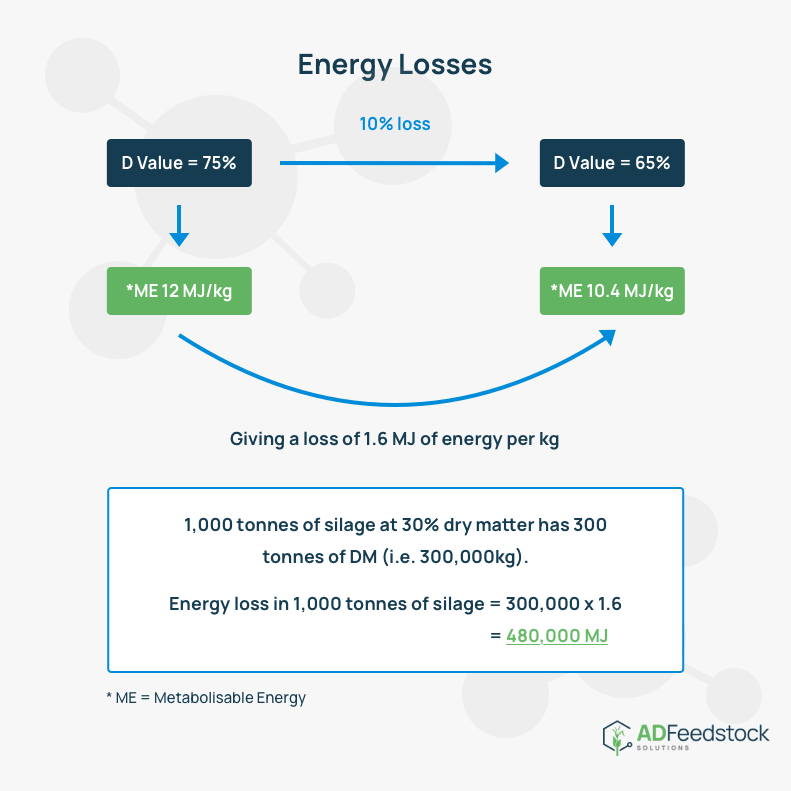 Safesil helps to retain a greater portion of the digestible part of the feedstock, reducing losses in energy – resulting in a superior performance in the digester.

Check out our AD Feedstock calculator to see how you could benefit from using Safesil.

Safesil is a food grade, chemical preservative that can guarantee protection against aerobic spoilage, containing a patented combination of:

The ratio of each ingredient is crucial to the efficacy of the product. Safesil has been widely tested throughout Europe and in the UK. It has been passed by DLG in Germany, which certifies silage agents, stipulating the following requirements:

The unique combination in Safesil has approval in classes 1a, 1b, 1c, 2 and 5.

It has a pH of 8 meaning it is safe to handle and won’t damage machinery.

A patented formulation, it is the unique combination of the potassium sorbate and sodium benzoate in Safesil that work together to eliminate the yeasts and moulds rather than just inhibiting their growth.

Importantly, Safesil starts to be effective in this way from the moment it is applied in the field. The result is Safesil is more reliable than an inoculant at preventing heating in the silage. Once opened, the face of the clamp will remain cool for up to 10 days.

Heating is a serious a problem in silages of a higher dry matter, with high energy maize silage being a particular problem. A large amount of energy is required to heat the silage and it all comes from the dry matter – dry matter that would have produced more methane.

Heating in the silage clamp is initiated by yeasts consuming lactic acid, followed by moulds which break down sugar and other digestible dry matter. Carbon dioxide and water are the end-products of this process. The energy loss can be very significant. In trials Safesil showed its superior ability to prevent silage from heating because it eliminates yeasts and moulds. 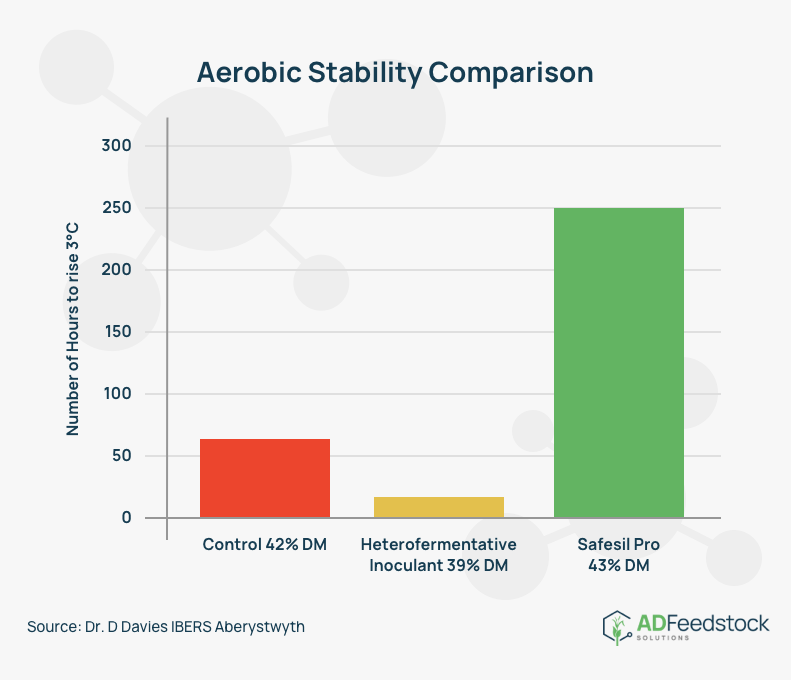 Safesil was shown to prevent heating for over 10 days. Inoculants can rarely compete with this level of aerobic stability.

Acetic acid is for the anaerobic digester, not the silage clamp

The production of acetic acid by heterofermentative inoculants, to inhibit yeasts and moulds, also produces carbon dioxide and water – this is dry matter loss. Safesil does not produce acetic acid during the fermentation process.

Carbon dioxide losses from your feedstock add to your carbon footprint.

Increase your profits by feeding silage treated with Safesil reducing dry matter losses to a minimum.

Safesil – the ultimate silage preservative to give the best returns. 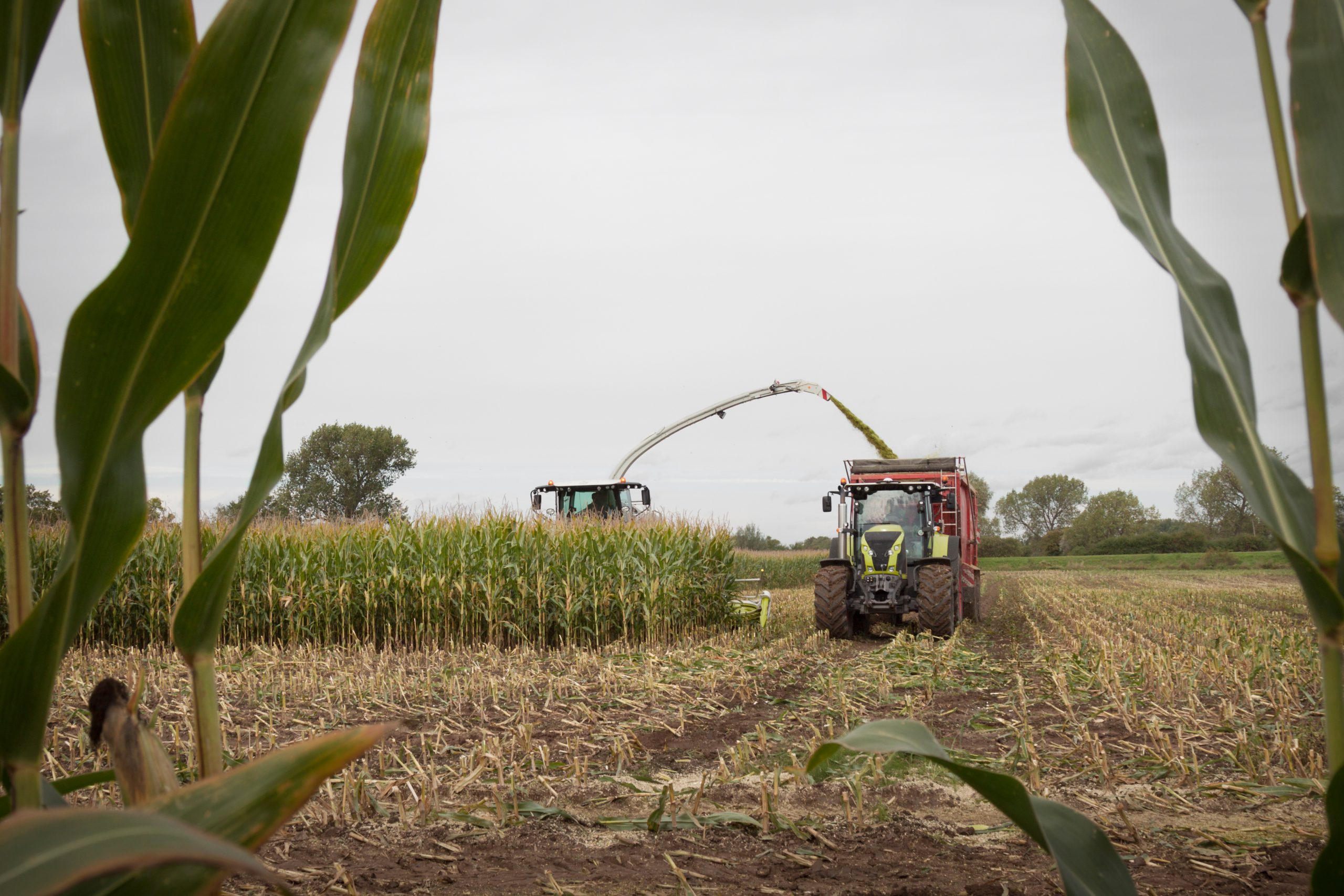 A recent trial carried out on maize silage by Harper Adams University and Silage Solutions Ltd showed an improvement in biogas yield and profitability.

Based on 39.5 t/ha maize crop harvested at 32% DM, when using Safesil, it equated to an additional gas yield of up to 760m3/ha due to improved dry matter retention and digester fermentation dynamics when compared to AD specific inoculant.

Head over to our Science Hub to read more about the trial.

You can use our calculator to select your plant type (CHP or Gas to Grid), input variables such as plant efficiencies, crop area and growing costs, to calculate the benefit to your business based on the trial results.